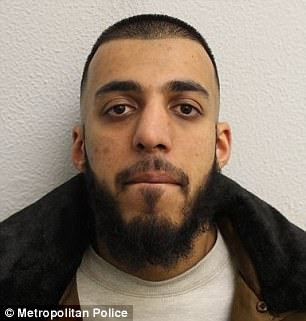 Kidnapper: Shafak Abbas has been jailed

A kidnapper has been jailed after police stopped him for driving while disqualified and found a crying woman in the boot of his car.

Shafak Abbas was approached by specialist firearms officers as he sat in his gold Mercedes on a residential street in east London.

When questioned the driver admitted that he was not insured for his vehicle but police grew suspicious about his behaviour and decided to search the car.

Abbas then told them that a 26-year-old woman, who was known to him, was locked in the boot.

Officers opened the boot and found the distressed victim inside crying.

This entry was posted on onsdag, 4 oktober, 2017 at 5:27 e m and is filed under "flyktingar", Invandringen, Islam, Mångkultur, PK Elit. You can follow any responses to this entry through the RSS 2.0 feed. You can leave a response, or trackback from your own site.